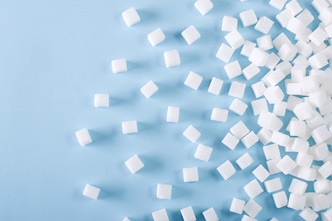 450 million people in the world suffer from diabetes, according to the statistics of the World Health Organization. Nine out of ten of them were diagnosed with type 2 diabetes.

The body of these people is resistant to insulin. It is a pancreatic hormone that helps convert glucose to energy.

Insulin delivers glucose from blood to the body cells. When there’s not enough insulin blood sugar rises. As a result, the body functions incorrectly: nerve fibers become unable to properly conduct impulses, blood flow to the extremities decrease, metabolism slows down, blood pressure rises increasing the risk of heart attack and stroke. Patients develop undesired states such as: visual impairment or even its complete loss, renal failure, atherosclerosis and others.

The following factors increase the risk of diabetes:

Diabetes is a chronic disease treated by hormone replacement therapy, i.e. insulin intake. Diabetes is considered to be incurable nowadays, so it is better to prevent the disease.

It is recommended to test the blood sugar regularly, be physically active, watch your weight and keep to a diet to avoid the sequela or even prevent the disease.

In the clinic at the Aleksander Hotel, we specialize in early diagnosis of diabetes and its prevention and help our patients avoid health problems caused by the disease. "Antidiabetes" health program includes apparatus treatment, physical exercising and a special diet with sufficient amounts of B vitamins and magnesium.

What are the symptoms of magnesium deficiency?

42% of patients were diagnosed with hypomagnesemia, i.e. low blood magnesium in a study performed a few years ago.

The nervous system is the first to react to the lack of magnesium. The people with its deficiency suffer from anxiety, nervousness, insomnia, drowsiness and apathy, memory loss, problems with attention span, headaches, etc. Some patients may experience cramps and cardiac rhythm disturbance due to nerve conduction abnormalities.

The musculoskeletal system is the next to suffer from magnesium deficiency. Magnesium reserves from bones and joints are used to regulate the functioning of vital systems (nervous and cardiovascular). Also, the body cannot properly absorb calcium to build and protect the bones without enough magnesium.

What about the science?

It was proved that magnesium deficiency, together with excessive sugar intake caused free radicals to form. They result in oxidative processes in the cells, i. e. the body destruction.

However, another study in a group of patients with prediabetes and hypomagnesemia demonstrated that magnesium improved glycemic control. At the end of the study, patients showed significantly lower levels of glucose and triglycerides, increased levels of “good” cholesterol and insulin sensitivity.

A 1989 study showed that magnesium reduced blood coagulation in patients with type 2 diabetes, which meant that it reduced the risk of thrombosis.

Donat Mg mineral water helps fill the deficiency of magnesium and other macro- and microelements that are involved in 300 chemical reactions in the body. The Donat Mg spring contains the biggest amount of magnesium among all the mineral springs in Europe.

Hotel Aleksander Medical & Spa and its clinic are 100 meters away from the Donat Mg spring. The clinic specializes in anti-aging therapy, as well as the prevention and treatment of diabetes.

In addition to drinking therapy, our patients receive the procedures designed for those who have been diagnosed with prediabetes and diabetes.

Each patient undergoes the treatment under the supervision of a personal doctor from the beginning to the end of the course.

Show all articles in the "News and articles"
Awarded Best Spa Hotel in Europe of 2018 Discover our rooms!
Reviews Summary
4.8/5
Fantastic
Based on 70 reviews
TOP 1% of Hotels in Slovenia
TripAdvisor
5.0/5
Booking.com
9.4/10
Hotels.com
9.9/10
Expedia
5.0/5
Nazaj na vrh
By continuing to use the site, you agree to the use of cookies. more informationAccept Reject Read More
Privacy & Cookies Policy

Any cookies that may not be particularly necessary for the website to function and is used specifically to collect user personal data via analytics, ads, other embedded contents are termed as non-necessary cookies. It is mandatory to procure user consent prior to running these cookies on your website.